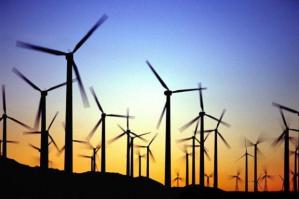 Since around the end of the last century, and certainly within the first few years of the 21st century it seemed clear to me that the only game in town for the coming 25 years – and quite possibly for the next 50 years – would be energy; specifically, mankind’s insatiable appetite for energy, exacerbated by a declining trend in net energy.  In other words, mankind is finding it increasingly difficult to extract worthwhile energy returns on energy invested (or ERoEI as it’s known).  We have to do more and more work (ie expend more and more energy) to find, extract, process and use energy in the amounts and forms that we consume it.  Consequently, pretty much wherever you look these days the cost of energy is rising.  Incidentally, don’t be fooled by the shale gas/oil hype; we’ll address that one before we part company here.

Energy’s one of those resources to which we tend not to pay too much attention unless it’s drawn to our notice.  We take for granted the omnipresent benefits of energy, from switching on our lights and heaters, to surfing the internet, watching television, drinking clean water and squirting liquid in to the car and driving it for another 500 miles.  Did you know for example that when you put 40 litres of fuel in your car, you’re putting in the equivalent of 4 years’ worth of human manual labour?  Such is the near-miraculous nature of oil.  Look at it another way.  The amount of energy that you need to live the life that you enjoy in your home today is equivalent to having 50 people (serfs and slaves in previous civilisations) in your cellar cycling furiously day and night to generate power.

Meanwhile, today Mr Alistair Buchanan the Chief Executive of the UK’s ‘Office of the Gas and Electricity Markets’ (OFGEM) told us that “Britain faces an unprecedented combination of the global financial crisis, tough environmental targets, increasing gas import dependency and the closure of ageing power stations” and that we need to “reform the energy market”.  If all we had to do was “reform the energy market” we could all, er, switch the lights off and go home now.

You wouldn’t necessarily know there was a looming energy problem if it weren’t for the likes of Mr Buchanan popping up from time to time to state as much.  Indeed, only last month Dr Tim Morgan (Tullett Prebon’s Global Head of Research) published a report entitled, “Perfect Storm: Energy, Finance and the End of Growth”.  On the matter of energy in particular, Dr Morgan made the point that “the economy is an energy dynamic, not a monetary construct [and that] the critical surplus energy component is now in rapid and seemingly irreversible decline”.  Dr Morgan observed that “policymakers [are] blinded both by short-termism and by a focus on the monetary token rather than the energy reality [and] have yet to recognise the real problem”.

Without wishing to put too fine a point on it mankind is at the leading edge of an energy crisis.

Of course, the economics’ orthodoxy generally pooh-poohs any notion that energy is a special case in the functioning of the economy, still less that our demand for energy could become an existential crisis.  Economists assume that “needed resources will magically arise because the marketplace demands them[1]”.  Energy is just another resource and the market will provide.  The challenge right now, however, is that our complex society, our economy, our whole way of life in the ‘developed world’ and for much of the rest of mankind is predicated and, indeed, critically reliant upon perpetual economic growth.  Economic growth is, in the end, the fruit of human labour; the result of human beings doing work; and – as any physicist will tell you – energy is the ability to do work.

I’m a physicist by university education and so perhaps it’s not surprising that I’m interested in the connection between energy and economics, between energy and the workings of our complex society.  The physicist Dr Michio Kaku reminds us that “energy is vital to civilisation.  In fact all of human history can be viewed through the lens of energy[2]”.  Dr Kaku observes that “for 99.9% of human existence … the energy available to us was one-fifth of one horsepower – the power of our own muscles”.  It wasn’t until the agricultural revolution that mankind discovered how to harness the energy of beasts of burden; we learned how to generate surplus energy and the result was the founding of our first cities just a few thousand years ago.

It’s only been since the Industrial Revolution – when we discovered how to exploit 2 billion years’ worth of accumulated energy reserves – that we’ve been able to fuel (literally) an unprecedented explosion in wealth and population and, as it happens, debt.  Neoclassical economists generally assume that economic growth as we have come to know and love it over the past 200-odd years is some sort of eternal God-given right.  Take a look at virtually any report published recently by the mainstream economics bodies/institutes/foundations and they all tend to forecast a return to industrial age or near-industrial age rates of economic growth in the coming years.  Indeed, many of them have been predicting such a return to growth since shortly after the global financial system almost collapsed in 2007/08.  The predictions get revised every year and the return to the nirvana of economic growth gets pushed further to the right.  Indeed, the calls for a return to economic growth seem to me to be getting more and more desperate from all quarters these days.

Meantime, our economy languishes at the level of anaemia at best.  This absence of growth baffles the economics orthodoxy and the politicians who rely on them to formulate their policies – which usually involve spending ever-growing sums of money that they don’t have.  For those of us who view the economy as an energy construct, however, our present predicament is no surprise at all.

On the other hand, perhaps it’s not surprising that economists have industrial age rates of economic growth hardwired in to their systems.  Economics as the discipline we know it today only really emerged along with the Industrial Revolution itself.  For millennia prior to the 19th century economic growth was pretty much flat, certainly less than 1.0% per year; economic wellbeing doubled every 3,000 to 4,000 years or so; life didn’t change much from one generation to the next.  However, from around 1820 onwards economic wellbeing doubled every 50 years or so, an astonishing acceleration in wealth creation.  Come the 20th century mankind increased its energy consumption by twelvefold over the previous century as we ramped up our exploitation of oil in particular.  Since the 1950s the trend rate of economic growth in the UK has been about 2.5% per year meaning that our wealth has been doubling in cycles of less than 30 years.  Does that strike you as sustainable, by the way, given the history of mankind up to 200 years ago?

Reports like those from OFGEM today, from Tullett Prebon last month and many more besides that never make the mainstream news are heralding the end of growth.  This notion of ‘the end of growth’ is absolute heresy to the economics community, partly explaining why reports of the end of growth rarely see the light of day.   Economists seem to be of the view that economic growth gives rise to a growth in energy products, and not the other way around.  This is a strange view in light of the causal connection between energy and the economy.

Fear not, I hear you say: shale gas and shale oil will save the day.  We can look forward to another 200 years of our wealth doubling very 30 – 50 years any day now.  Well, hold it right there.  Today the Post Carbon Institute published a report ‘Drill Baby Drill’ in which the abstract states:

“It’s now assumed that recent advances in fossil fuel production – particularly for shale gas and shale oil – herald a new age of energy abundance, even “energy independence,” for the United States.  Nevertheless, the most thorough public analysis to date of the production history and the economic, environmental, and geological constraints of these resources in North America shows that they will inevitably fall short of such expectations, for two main reasons: first, shale gas and shale oil wells have proven to deplete quickly, the best fields have already been tapped, and no major new field discoveries are expected; thus with average per-well productivity declining and ever-more wells (and fields) required simply to maintain production, an “exploration treadmill” limits the long-term potential of shale resources.  Second, although tar sands, deepwater oil, oil shales, coalbed methane, and other non-conventional fossil fuel resources exist in vast deposits, their exploitation continues to require such enormous expenditures of resources and logistical effort that rapid scaling up of production to market-transforming levels is all but impossible; the big ‘tanks’ of these resources are inherently constrained by small ‘taps’.”

Time for a New Economic Reality

As far as energy and the economy are concerned, reality is intruding with a vengeance these days.  Notwithstanding, and as Dr Morgan implies, the political class is busy legalising gay marriage (is this really a national priority?), ramping up the national debt and dreaming up ever more complex ways of taxing us to within an inch of our lives – on the fundamental assumption that economic growth will be restored any day now.  On that basis, if I may paraphrase the words of a famous astronaut for a moment, “Society, we have a problem”.  We’ll look at quite how we should be responding to our predicament in future posts, whilst all along taking great care to ignore the obsolete economics orthodoxy.

This article was also posted at the ‘Renegade Economist’ website: http://tinyurl.com/abcyv8z

Edit: thought this would help reinforce my post above …

Economics from the Top Down

New ideas in economics and the social sciences

NOT A LOT OF PEOPLE KNOW THAT

The home of the SEEDS economic model - Tim Morgan